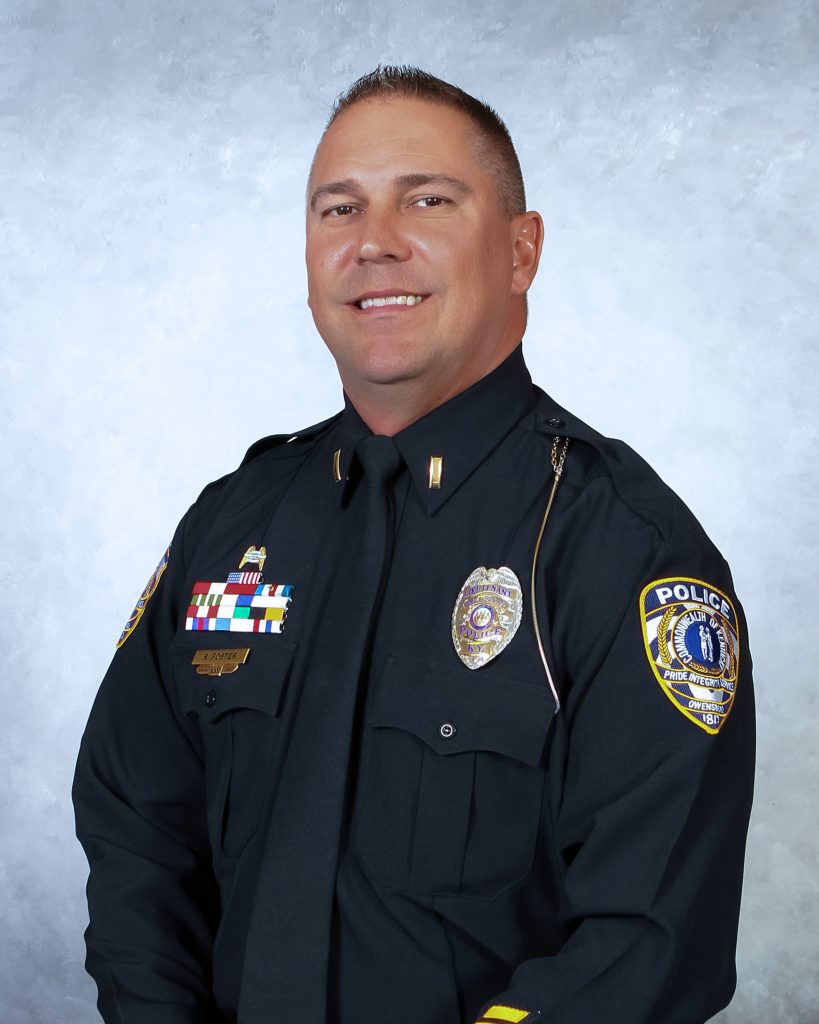 The primary responsibility of the Professional Standards Unit is to ensure the integrity of the Owensboro Police Department. The PSU also monitors the relationship between the community and the Department and strives to nurture mutual trust. It serves as a mechanism of internal accountability by receiving, processing and investigating complaints concerning police conduct.

These complaints may allege violations of criminal law or Department policy and may originate from outside sources or from within the Department.

The goal of the PSU is to ensure that the integrity of the Owensboro Police Department is maintained through an internal system in which objectivity, fairness and justice are guaranteed by an impartial investigation and review of complaints made against any of our employees, policies or procedures.

If, during an investigation, it is suspected that an officer engaged in criminal activity, the County Attorney or the Commonwealth’s Attorney is immediately notified of the complaint. Although the prosecutor determines whether the allegation includes sufficient elements to pursue criminal charges against the officer, the Professional Standards Unit remains responsible for the investigation.

Every compliant is vigorously pursued and upon completion the following dispositions must be supported by the Chief of Police:

To Make A Complaint – Complaints can be made in person, by mail, by telephone or anonymously to Lt. Randall Foster or any supervisor with the Owensboro Police Department.

To make a compliment:

You can mail a compliment to:

Does this mean that the Police Department seeks complaints?

No. However, we want to be told if a job appears to have been done ineffectively, or if there’s an area of service that can be improved.

But will you listen to my complaint?

Certainly, we will listen to your complaint and will investigate it thoroughly.

Who will investigate my complaint?

Either Lt. Randall Foster from the Professional Standards Division or the officer’s supervisor will investigate a complaint against a member of the department.

But I want to take this all the way to the top. I want the Chief of Police to know.

And he will. The Chief of Police learns of all complaints against officers. Each of the officers’ supervisors are notified as well.

Do I have to give my name to file a complaint?

Do I have to complain in person?

We prefer to talk to you in person so that your information can be represented more thoroughly, but we will accept a complaint by telephone or letter. We may need to contact you for additional information to fully investigate your complaint. In some situations, such as a formal complaint, it will be necessary to speak with you in person. This meeting could take place in the police station, at your home, or other reasonable location.

Will my complaint be published in the newspaper?

No. All complaints against department employees are kept confidential by the department. (Unless a court order is issued to the contrary.)

Will the police officer know that I have made a complaint against him or her?

Yes, the officer has a right to know the charge made against him/her and the identity of the person making the allegation.

Will the department retaliate against me for making a complaint against an officer?

Absolutely not! It is essential to maintain public confidence in the ability of the department to investigate and properly adjudicate complaints against its members.

Yes. Just bring one of your parents, guardians, or a responsible adult in with you.

What will happen to the officer?